Since 2006, RFF has focused its Environment program almost exclusively on climate change. Our program emphasizes public education on the risks of global warming and implementation of sound solutions. RFF is interested in the development of initiatives designed to enact aggressive policies at the state and national levels to reduce carbon emissions; disrupt the life cycle of fossil fuels from drilling and mining to transportation and exporting; bring diverse and compelling new voices into the climate debate; and examine how special interests are distorting science and delaying constructive steps to deal with this impending global crisis.

Climate Education
Meaningful climate progress will require breaking through the resistance of the fossil fuel industry and its allies. To accomplish this, we support programs designed to: engage and motivate citizens demanding change; deepen public recognition of the climate disruption now unfolding; unmask forces working to prevent climate progress, and policies, and require polluters to pay their fair share of the climate damages they caused to help the public meet enormous climate adaptation expenses we now face.  Among numerous milestones, this work has led to:  a ground-breaking report issued by senior U.S. military advisors that climate change is a national security risk; an active and thriving grassroots movement demanding climate progress; reporting by investigative journalists about what fossil companies knew about climate change (and when) and how some companies worked to deceive public the “catastrophic” damage climate change would cause; and authoritative analyses of how advocates can best advance climate policies in the current political environment.

Funder Collaborative on Oil and Gas
Over the past decade, RFF has worked in opposition to the coal industry while increasingly playing a leadership role in helping groups that are fighting the development of oil, gas, plastics, and petrochemicals infrastructure. The Funder Collaborative on Oil and Gas was launched in December 2018 out of recognition that curtailing U.S. oil and gas production and preventing development of massive new domestic infrastructure is an urgent and necessary part of solving the climate crisis. The Funder Collaborative’s core purpose is to limit ongoing oil and gas production; prevent the lock-in of GHG-emissions for new and expanded oil, gas, and petrochemical infrastructure; and weaken the industry’s financial standing and political influence.

Institute for Energy Economics and Financial Analysis
For general support for its domestic programs.

New Mexico Voices for Children
For the Renewal of Economic Diversification Project.

Texas Campaign for the Environment
For its work on oil, gas, plastics, and petrochemicals. 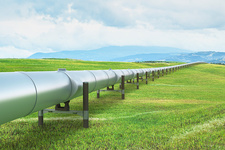 Larry Shapiro and Sarah Thomas, co-founders of the Funder Collaborative on Oil, wrote an op-ed featured in the Houston Chronicle about the cancellation of the PennEast Pipeline despite PennEast’s recent Supreme Court victory. This is the second pipeline to be canceled after the pipeline companies have won lawsuits in the Supreme Court and sunk hundreds of millions of dollars into the project. The basic lessons learned from these two examples are to “fight early,” “fight in every venue you can,” and “never give up.”

◀
Back to All Programs